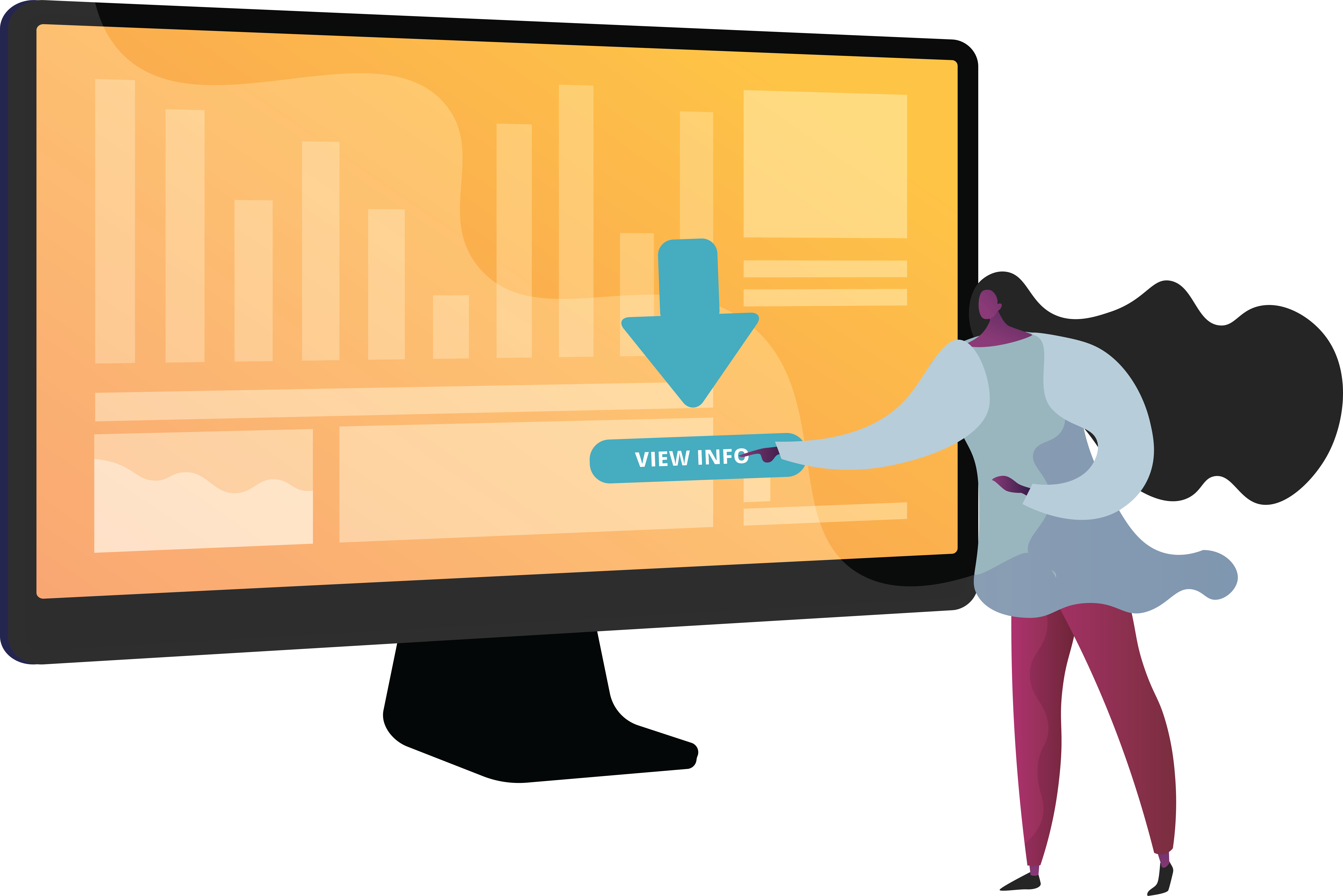 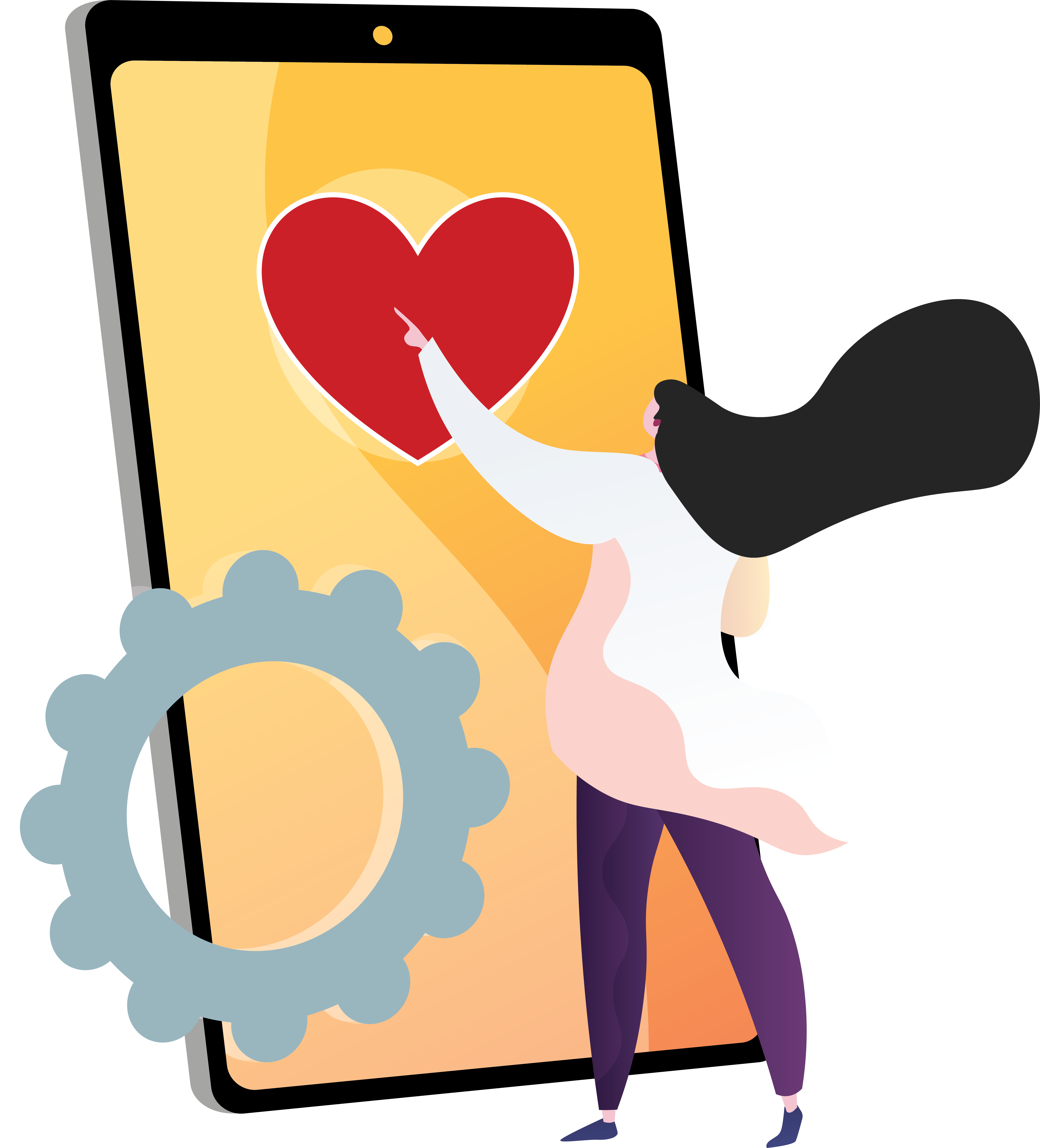 As we have explored previously, carbon dioxide makes the blood more acidic because it dissolves in the blood to form carbonic acid, as demonstrated in this equation:

Equation: The reaction between carbon dioxide and water

If the lungs are unable to ventilate sufficiently, as in Type II reparatory failure caused by severe emphysema, the level of carbon dioxide and carbonic acid will increase, resulting in a respiratory acidosis. The blood gas results will show an abnormally low PaO2, abnormally high PaCO2 and an abnormally low pH. 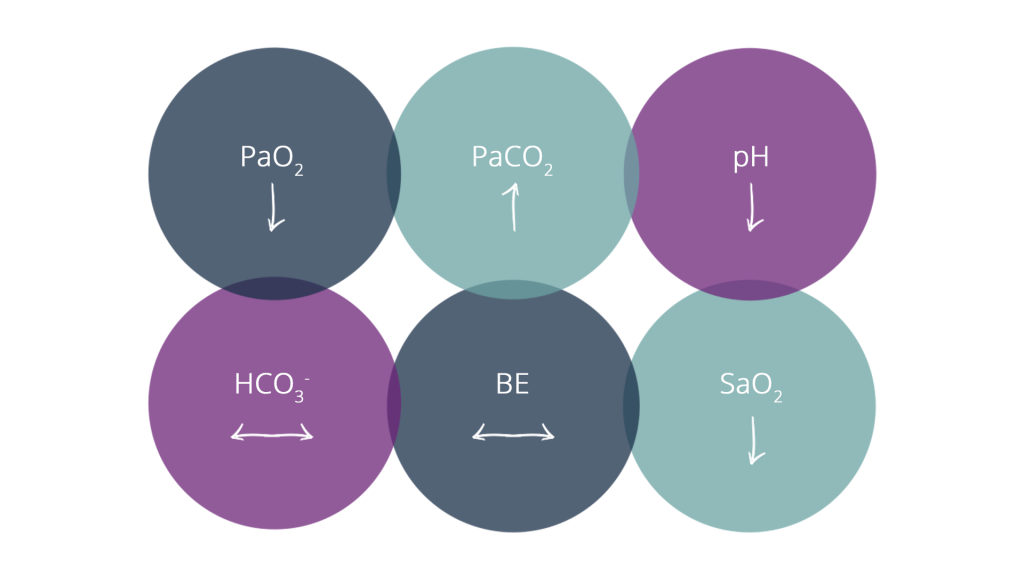 After a period of time, the metabolic system will begin to compensate for the problem in the respiratory system. As we have explored, if the body cannot remove excess acid, it needs to retain alkali/ base in order to normalise the pH. The kidneys will retain bicarbonate (HCO3–) and this will show as an increased bicarbonate and base excess, above the normal limits. This is complete metabolic compensation for a respiratory acidosis. 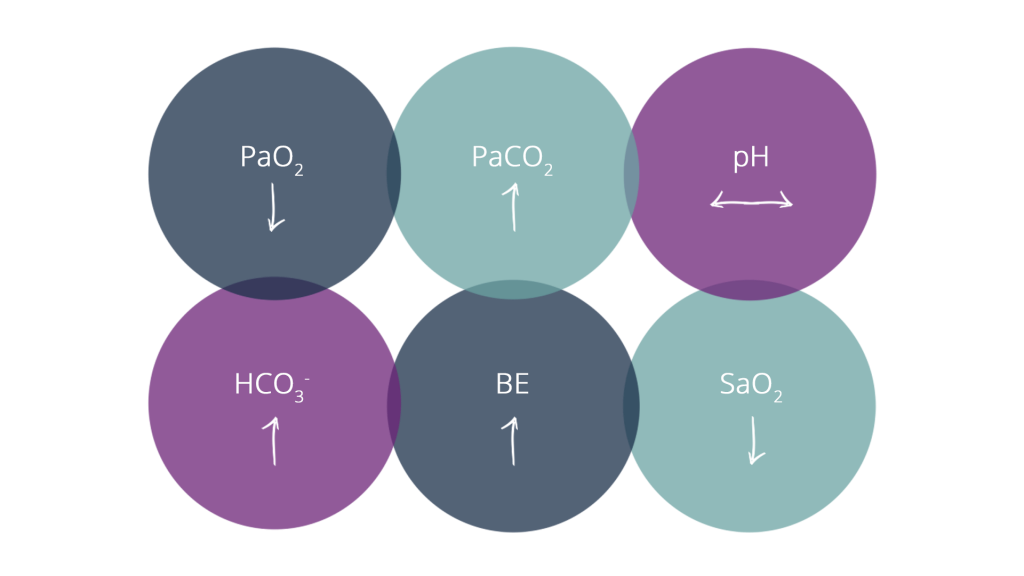 If oxygen is administered, a dangerous situation can develop; the hypoxic ventilatory drive to breath is abolished and ventilation becomes depressed. The procedure for safe administration of supplementary oxygen in these patients is covered in the BTS Guidelines for Home Oxygen Use in Adults, seen here.

BTS Guidelines for Home Oxygen Use in Adults

The British Thoracic Society Home Oxygen Guideline provides detailed evidence-based guidance for the use of home oxygen for patients out of hospital.